BMI View: Much of the population in the Philippines still struggles to afford medicines, despite the enforcement of the Universally Accessible Cheaper and Quality Medicines Act of 2008 (previously known as the ‘Cheaper Medicines Bill’). Part of the problem is the prevalence of counterfeiting, which reduces trust in non-branded medicines. Nevertheless, we expect the development of the generic drug market in the Philippines over the five years to 2016 to outpace that of other segments significantly, driven by demand, the push to increase access and the development of local players’ generic drug portfolios.

Risk Reward Rating: The Philippines’ score in Q212’s Risk/Reward Ratings (RRRs) has remained steady at 48.7 out of the maximum 100 points, which is still well below the regional average of 53.7. The country has now fallen one place to occupy 12th position, as Thailand’s composite score has improved.

In December 2011, the Philippines’ Department of Science and Technology (DoST) pledged to focus on advancing genome-based research, reported Manila Bulletin, citing Science and Technology Secretary Mario G Montejo. The DoST aims to enhance and reform research into drug discovery, healthcare, forensics and agriculture. The department will provide assistance in the development of infrastructure as well as the sourcing of technologies to facilitate scientific and analytical processes for genome-based research.

In January 2011, Israel-based Teva was reportedly looking to make acquisition in Asia in an effort to capture more growth and expand its product lines. Chief financial officer Eyal Desheh said populations in Asian countries are extremely large and therefore present a lot of future growth opportunities in the generic drug sector. Teva is focusing on Key Asian countries including China, India, the Philippines, Vietnam and South Korea.

In early 2012, international health experts praised the Philippines’ rotavirus vaccination programme. The Philippines it the first country in South East Asia to vaccinate newborn babies against rotavirus. John Wecker, the director for vaccine access and delivery at US-based international non-profit organisation Path, said children in the Philippines would benefit from the inclusion of the rotavirus vaccination in the Department of Health's Expanded Programme on Immunisation. The programme will initially cover some 700,000 newborns from 5.2mn families identified as 'poorest of the poor' by the Department of Social Welfare and Development under its National Household Targeting System (NHTS).

BMI Economic View: The Philippine economy grew at a disappointing rate of 3.2% year-on-year (y-o-y) in Q311, falling well below the government's estimate of 3.8-4.8%, on the back of stubbornly low government spending and falling exports, and marking the second straight quarter of largely disappointing data. We expect this sluggish growth trend to continue through 2012, as increased government spending will struggle to offset softening demand from the US, China, and Japan. Following estimated 3.7% GDP growth in 2011, we continue to forecast below consensus with regard to our growth outlook for 2012, pencilling in 3.9%.

BMI Political View: The key themes for 2012 will be government spending, the potential for increased private sector involvement in the infrastructure arena, and general business environment concerns. As the Aquino administration has taken a tougher line on wide-ranging corruption regarding the disbursement of government funds and the awarding of contracts, the system has largely frozen up. Indeed, private sector participation in the economy has been decidedly hamstrung by Manila's inability to enact coherent investment policies. Nowhere has this been more evident than in the government's highly touted publicprivate partnership (PPP) programme, which performed extremely poorly and under which not one project made it off the drawing board in 2011. While we expect 2012 to be the year when this programme begins to improve in earnest, we believe it will take longer for the positive effects of increased private sector investment to funnel through to the economy at large. 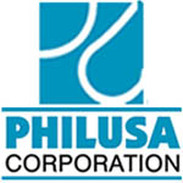 Philusa Corporation was established with the purpose of providing the Philippine market with high quality but affordable pharmaceutical and consumer products. It is a wholly-owned affiliate company of the Mercury Group of Companies, Inc. (MGCI).
COMPANY'S ORGANIZATIONAL STRUCTURE